Nipuni Wijewickrema was named a Respect Champion as part of YWCA Canberra's Respect NOW Campaign. Nip has been recognised for her wonderful work with GG's Flowers which helps YWCA further their advocacy efforts, calling on the ACT Government to prioritise funding for primary prevention and early intervention programs, and to end violence against women. 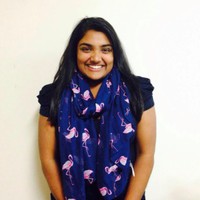